How do Rivers Work?

Geomorphology is the study of Earth’s surface and the processes that sculpt it. To understand how these processes operate, geomorphologists (scientists who study geomorphology) often use physical models.

Physical models are a compact and simplified way of representing a large, complex system. Imagine being able to fit an entire river inside your garage! Models allow scientists to study individual parts of a system or process that they are interested in. Scientists can make hypotheses about how a process works and use the model to test that hypothesis.

One of the models available to scientists and students at IU is called a stream table. Stream tables are physical models of the Earth’s surface that can be used to study many different types of systems. They typically consist of a large container (the “table”) that is filled with sand or something similar to sand (the “media”). The model can also include a water source (the “stream”) and a water sink (the “basin”).

The stream table can be set up in a variety of ways to model different geomorphic systems, such as hillslopes, rivers, and ocean coastlines. One of the major benefits of a stream table model is that it gives us the ability to observe processes that can take many years to play out in real life. Instead of years (or even decades), stream tables demonstrate geomorphic change on a time scale of hours.

In most years, Science Fest would have the stream table outside for all to see and interact with. This year we have included a selection of videos created by the designers of our stream table. These videos detail some of the capabilities of the stream table, and also give some insight into the types of systems that sculpt the Earth into the variety of shapes that we observe around us. Included below is a brief table of contents for the videos linked here. We have included a short description with each video that summarizing the key takeaways.

This video shows one of the most basic functions of the stream table: modeling the development of river meanders from an initially straight channel. Meanders are the bends that develop in the shape of the channel over time, as shown in the video (water is flowing from the right side of the screen towards the left; the model edges are out of frame). Meanders develop due to a difference in the speed that water is flowing on either side of the channel. As the river goes around one of the bends, water on the outer edge of the channel accelerates (starts moving faster) than the water on the inside edge of the channel. It is easier for the faster moving water to erode the sand around it than it is for the slower moving water. The result is erosion on the outside of the bend, which increases the “curviness” of the bend itself. This process is observed in rivers all over the world (and on other planets too!) and is the primary reason why rivers are usually “curvy” when viewed from above.

This video shows the same meandering process as described above but focuses on a single bend in the river model. Water can be seen passing through multiple channels at any given time through a process known as “braiding”. Braided rivers are characterized by the presence of more than one active channel and are commonly found in areas with relatively steep slopes, such as mountains or areas near them. Flow is from right to left in the video and the left and right model edges are out of frame.

The meandering process described above does not occur at the same rate for all rivers. The speed at which a river meanders (its “meander rate” or “migration rate”) depends on a number of factors, one of which is the presence and amount of vegetation that exists along the river’s banks. Almost all plants have root systems which act to stabilize and feed the plant. The roots also act to stabilize the sediment and soil in which they reside. Because of this, a riverbank that is covered in trees and shrubs will be more “stable” (or more resistant to erosion by the meandering process) than a non-vegetated river bank. Thus, vegetation has the effect of decreasing the migration rate for a given system. This is observed in the model shown here: note that the “vegetated” bank moves very little while the “nonvegetated” bank migrates quite quickly. Flow is from left to right in the video and the left and right model edges are out of frame.

There are other things that can control how fast a river meanders, besides vegetation. Rivers in the arctic often flow over large areas of permafrost (soil that remains frozen year-round). This permafrost can control the stability of the river banks. Can you guess what effect the permafrost has on the stability of the banks? Watch the video and find out if you guessed correctly! Flow is from right to left in the video and the edges of the model are out of frame.

When a river meets the sea, the speed of the water flowing through that river decreases very quickly. After slowing down, the river is no longer able to carry as much sediment (sand, mud, or silt) as it did while moving fast. As a result, the river deposits the sediment that it can no longer carry into a large pile known as a “river delta”. River deltas thus form where rivers meet the sea. They often have triangular shapes similar to the Greek letter “delta” (hence the name). This video shows the development of a river delta using a stream table. Flow in the video is from left to right and the edges of the model domain are visible. The final shape of the delta is roughly triangular. The process of meandering can be observed in this video as well.

River deltas are not the only thing that forms when a river meets the sea. In areas with large tides, an estuary may form. Estuaries are areas of very shallow water that protrude into the land from the shoreline. They are formed due to the back-and-forth movement of the water from the tides. Water rises onto the land surface and falls back toward the sea as the tide moves in and out. The result of this process is a large area that is mostly wet at high tide and mostly dry at low tide. The model shown in the video includes the effect of tides by “pulsing” (alternately increasing and decreasing) the amount of water entering through the river. This simulates the surge of water associated with a falling tide. The entire model area is visible in the video, with flow from left to right. This model also includes a “wave maker”, which simulates the effects of waves by moving a paddle back and forth through the water. Modelers can control the speed and frequency of the paddle’s movement to model a variety of wave conditions.

The model in this video uses the wave maker as described above. This model shows the development of a sandy beach as a consequence of wave motion. Waves move sediment around in complex ways, and can erode (remove sediment from) some areas while depositing (adding sediment) in other areas. This model does both. Erosion can be observed in the top part of the model while deposition is occurring in the bottom part of the model. The wave maker is located slightly out of frame on the right side of the model. Waves move from right to left.

This video is based on the model in the previous video that shows wave deposition and erosion. The previous model was drained of its water and allowed to dry overnight. The next day, researchers used a straight edge to cut away areas of sediment, allowing us to see layers within the sediment that were previously obscured. These layers are known as “stratigraphy” and can be observed both on active beaches and in rocks that formed from sediments deposited on ancient beaches. Stratigraphy is a major field in Earth Science and receives much attention from those interested in Oil and Gas deposits.

Vegetation has a similar impact in coastal systems as in river systems. Many coastlines on Earth are covered in Mangrove tree forests. Mangrove trees have very large root systems that act to stabilize the sediment they are in. The presence of “vegetation” in the model shown in the video above has the effect of stabilizing the shoreline and protecting it from erosion by waves. Mangrove forests are very important to the development of the coastline and are of interest to anyone studying coastal processes.

If you have ever been to a beach or walked along a shallow river, you have probably noticed long, thin, “wave-like” shapes in the sand along the bottom. Those are called “ripples”. They are observed in many different types of systems on Earth ranging from sand dunes to rivers to beaches to tidal flats. Ripples are a common feature in geomorphology and indicate the flow of either air or water over the rippled surface. The model shown in the video above generates sand ripples from an originally flat bed using the wave maker. The wave maker is just out of frame on the right side of the screen, and pushes waves from right to left across the model. Watch the ripples develop and organize themselves over time.

Rivers and coasts are not the only thing that can be modeled with a stream table. This video shows a model of a hillslope process called “dry-ravel”. Dry-ravel simply refers to the movement of sediment down a slope without the presence of water. This process is extremely slow in the natural world, but can be modeled well using a pile of sediment and some periodic shaking. Watch as the sediment pile grows smaller (erodes) through the process of dry-ravel. There is no flow in this model, and the edges are visible on the screen. A small “jolt” is applied periodically to speed up the dry-ravel process.

Now Test What You Learned

All of these videos come courtesy of Little River Research and Design. 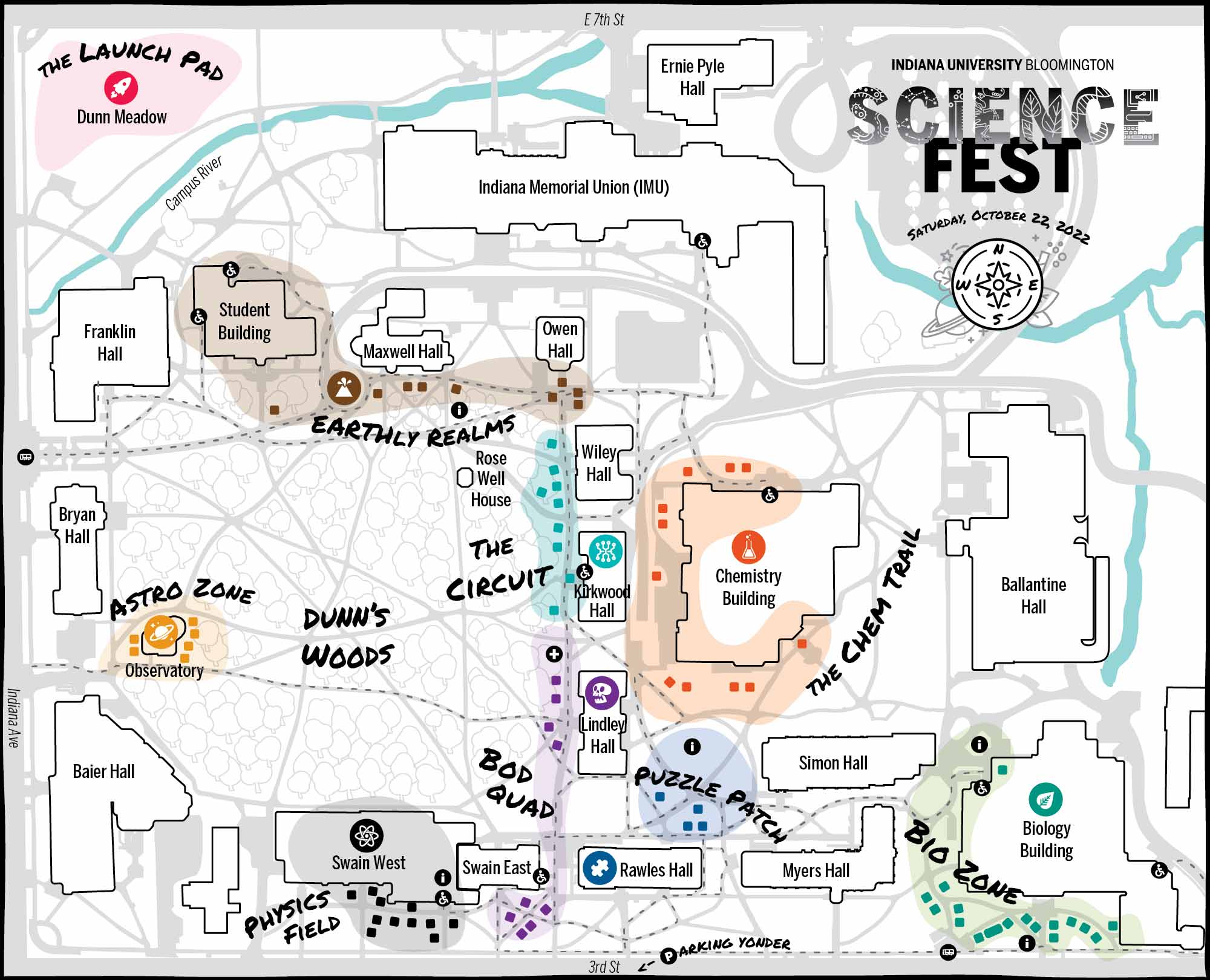